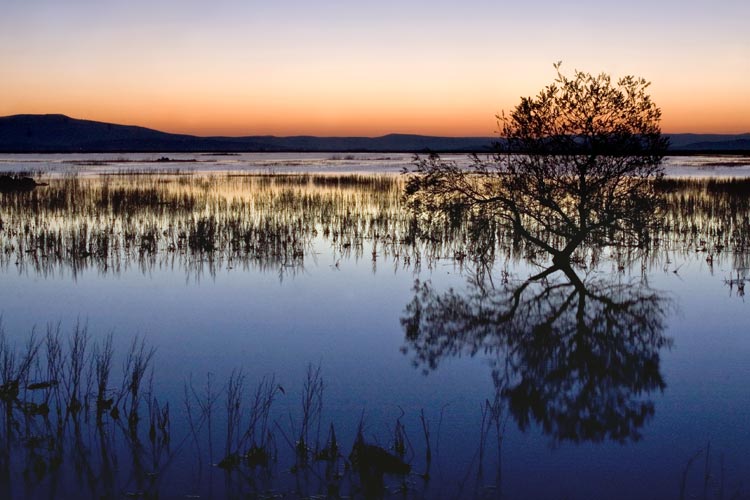 See how the refuges have changed over the years.

One hundred and fifty years ago early settlers in the Klamath Basin were met by a vast expanse of 350,000 acres of wetlands, shallow lakes and marshes; they fished a roaring, salmon-rich river winding through hundreds of miles of western countryside, and were amazed by the spectacular migrations of geese, eagles, and other birds.

Half a century ago, during the peak of fall migration, over 7 million waterfowl and 1000 overwintering bald eagles could be found in the Klamath Basin at one time.

Home to invaluable wildlife species and remarkable territory, the basin wetlands drew the attention of conservationists from across the nation, including President Theodore Roosevelt. In 1908 President Roosevelt designated 81,000 acres of marsh and open water in Lower Klamath Lake as the first National Wildlife Refuge for waterfowl. Twenty years later, Tule Lake joined the Refuge System when President Calvin Coolidge authorized the protection of 37,000 acres in what was Tule Lake. 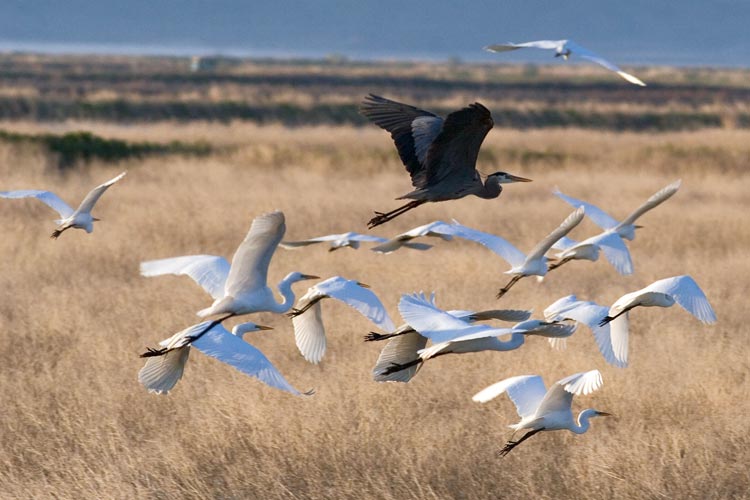 Unfortunately, their visionary actions to protect these fragile and important wetlands have been undermined by a century of mismanagement and abuse. The US Bureau of Water discharging from Reclamation’s massive Klamath Irrigation Project, initiated in 1905, paved the way for extensive agricultural development that destroyed thousands of acres of wetland, and drained much of what was Lower Klamath and Tule Lakes. In recent decades, continued agricultural development, excessive water diversions, agricultural pollution, and drought have further damaged the remaining wetland habitat.

All photos by Brett Cole.
View All