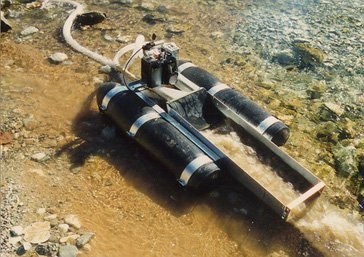 Suction dredge miners were forced to leave California when the state banned the practice due to damage to salmon habitat. Regrettably, these miners have since come to practice their "hobby" at Oregon's expense. Fortunately in 2013 Oregon decided to stand up for it's wild rivers and waterways, salmon, clean water, and quality of life as well. Fortunately in the spring of 2017 Oregon passed legislation increasing protections of our rivers.

SB 3, the Suction Dredge Mining bill placed a number of key salmon streams off limits to suction dredge mining. Map of protected rivers. It also provides some limited safeguards for other rivers.

Oregon's rivers were facing a growing threat: the rapid rise of loosely-regulated suction-dredge mining. The process is as unpleasant, and unhealthy, as it sounds. Fortunately, the late Senator Alan Bates and others in the state legislature moved forward with legislation to better protect Oregon's rivers from suction dredge mining.

Suction dredge miners typically use noisy, pollution-belching gasoline or diesel motors to power raft-mounted vacuums which suck up the bed of a river or stream. Anything that lives on the riverbed and is unlucky enough to be in the way gets sucked up as well.

Miners pay almost nothing to access Oregon rivers with these destructive devices, but often leave Oregon taxpayers with huge bills for cleaning up the mess they leave.

Encountering a noisy, polluting, suction dredge isn't exactly the high point of a whitewater rafting or hiking trip along an iconic river like the Rogue.

Striking It Rich - at Oregon's Expense

While the goal of suction dredge miners is to strike it rich by finding gold or other precious metals, the reality is the overwhelming majority will never have made enough money to pay for their equipment. But the cost to Oregon's rivers and environment from using polluting suction dredges can be enormous.

Ripped-up river bottoms stripped of gravel and sand, degraded spawning beds for salmon, and destroyed habitat for insects which provide food for trout and other fish are wholly unacceptable consequences of this destructive "hobby" and mining practice.

California banned the use of suction dredges in their waterways, and unfortunately, this caused many suction dredge miners to pack up their engines and migrate north to Oregon. In January 2016 a moratorium on suction dredge mining was put in place until new guidance was passed by the legislature.

Suction dredge miners had been particularly active on the Rogue, Illinois, and South Umpqua rivers, and according to the Oregon Department of Environmental Quality, the agency charged with protecting clean water in our state, over 1,400 permits had been issued for these noisy, polluting machines prior to recent efforts. 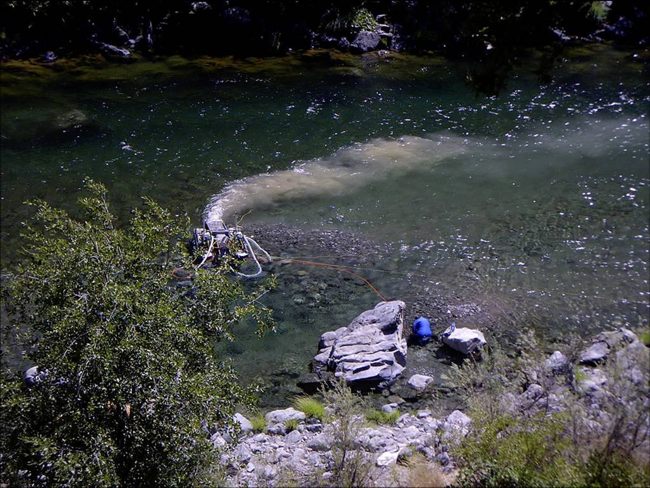 A disturbing level of lawlessness and ugly sense of entitlement has also accompanied the rise of suction dredge mining in Oregon. A miner in Josephine County went to prison for shooting an ATV rider in the Rogue River-Siskiyou National Forest (the miner claimed the man was "trespassing"), while another pair of miners were cited for using a bulldozer to construct an illegal road near the Days Gulch Botanical Area.

Just last year, a scofflaw miner from Gold Hill was sentenced to a year in prison for repeatedly violating the law and ignoring court orders to halt illegal mining on a tributary of the Rogue River, part of the national Wild and Scenic River system.

Suction dredge miners hoped to go unnoticed with their hobby, but it's hard to go unnoticed when internal combustion engines are blasting away in the wild, with vacuum pumps sucking the life out of Oregon's rivers.

At Oregon Wild, we are relieved to have joined California in taking bold steps to protect our waterways from noisy, polluting suction dredges.