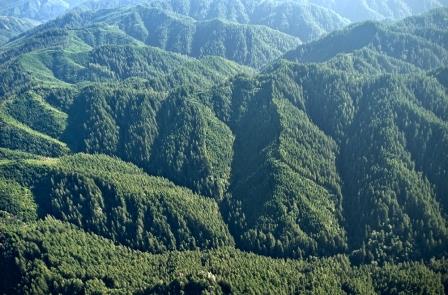 Deep in the heart of Oregon's coastal rainforest, nestled between the Smith and Umpqua rivers, lies the proposed Devil's Staircase Wilderness. Oregon's newest Wilderness area, designated in March of 2019. This is a place so remote and inaccessible it has escaped the chainsaws which have decimated so much of the old-growth forests in the Coast Range in the last century.

In fact, this area is so remote, that the Wilderness (see map) derives its name from a rarely seen, almost mythical waterfall called "The Devil's Staircase." This series of cascading pools is buried deep in the heart of the Wassen Creek watershed and can take more than a day's trek to get there (if you can find it)!

The Forest Service has long recognized the value of the Devil's Staircase area as a wild, unroaded place. But half of the proposed Wilderness is managed by the BLM. Part of the BLM portion is considered an "Area of Critical Environmental Concern", but this offers little real protection. In fact, under a draft of the Western Oregon Plan Revisions (WOPR), the BLM would have put huge tracts of the Wassen Creek area into intensive timber management. Fortunately for this Coast Range gem, the most recent plans provide some increased protections (primarily due to spotted owls).

The old-growth forests, rivers, and wildlife in the Devil's Staircase area will not be fully protected until Congress protects this area as Wilderness (the gold standard permanent designation for public lands conservation). Fortunately, Congressman DeFazio and Senators Wyden and Merkley have introduced legislation to do just that. That legislation (S. 1548) is currently pending in Congress.

"Wassen Creek deserves no less than the highest protection that can be afforded under law." -former Congressman Jim Weaver

Blanketed with huge Douglas-fir, cedar and hemlock, Wassen Creek has the last remaining old-growth forests in the coastal mountains. The cascading waters of Wassen Creek support native coho and chinook salmon, trout and steelhead runs. Black bears, elk, deer, river otter, spotted owls and marbled murrelets live as they have for thousands of years sequestered in this remnant of Oregon's coastal forest. 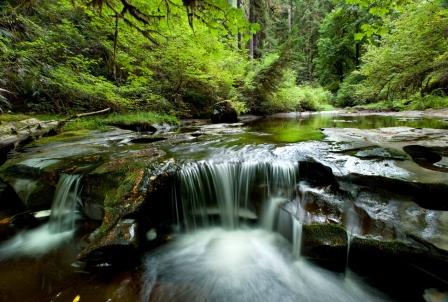 With the highest density of northern spotted owls in the Coast Range, the Devil's Staircase Wilderness Proposal is critical to the recovery of this threatened species.

The forest soils are mostly classified as the most landslide-prone soil type in Oregon and among the most unstable in the world. Unstable soils so plagued early efforts to log in the vicinity of Wassen Creek that, in the 1970s, the U.S. Forest Service withdrew from timber management all land between the Smith and Umpqua rivers, including Wassen Creek.

Find out more about the Devil's Staircase in this printable Fact Sheet.

See more pictures and learn details about the Devil's Staircase area - including directions and cautionary tales - at the coalition's webpage: http://www.devilsstaircasewilderness.org 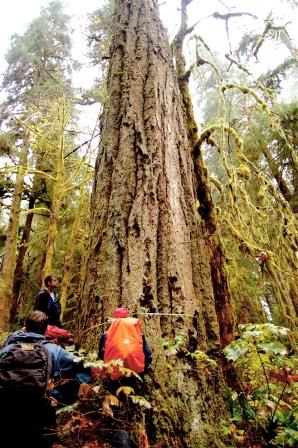