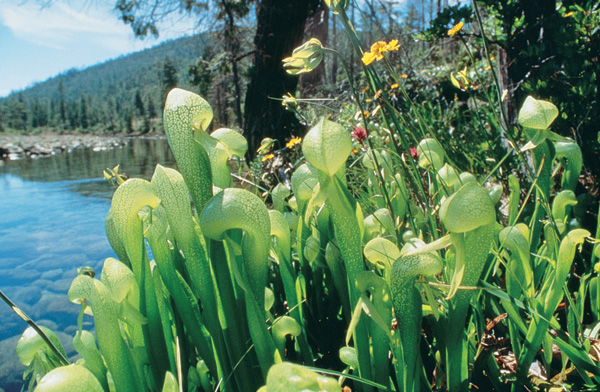 Tucked in the southwestern corner of Oregon, and nestled within a remote network of rivers lies the wild Kalmiopsis. This area is home to some of the purest waters in the west, hosting world-class fisheries full of steelhead, chinook and cutthroat trout that live and spawn in the crystalline waters. In fact, this region boasts one of the highest concentration of free-flowing rivers left in the U.S. such as Rough and Ready Creek and Baldface Creek. 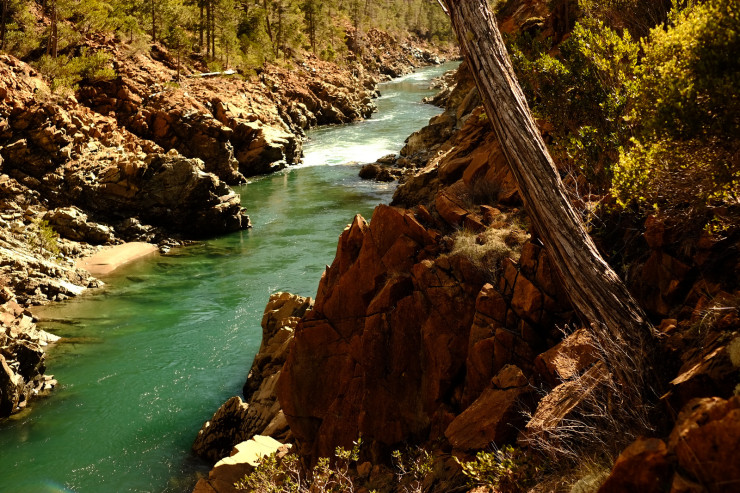 Due to the ancient red serpentine soil, the Kalmiopsis hosts one of the most biologically rich areas in the United States, with over 1800 species recorded, of which more than one hundred are found nowhere else in the country. The Kalmiopsis derives its name from one of the most restricted rare plants in the world - Kalmiopsis leachiana - discovered by botanists in 1931.

"I think this is probably the most important, the most biologically significant unprotected landscape in the American West" - Secretary of the Interior Bruce Babbit, January 14, 2001

These wildlands function as a lifeboat for wildlife as pressures from climate change and unchecked development mount. Healthy, abundant salmon runs teem in the blue-green waters of the Illinois River, Chetco River, and Rogue River. On land and in the air this area is home to bald eagles, northern spotted owls, salamanders, Roosevelt Elk, and black bear.

As the climate changes and temperatures warm, plants and animals will have to migrate either northward or up in elevation. This area has an elevation span from near sea level to 5,000 feet. Not only does this area provide for elevational maneuvering, but it also provides 50 miles of connected north-south habitat. 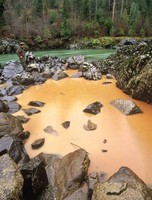 Sadly, this area remains unprotected. There are two primary threats to the Kalmiopsis wildlands; mining and ATV use. The Forest Service is proposing to create 115 miles of ATV trails through potential Wilderness areas. On the mining front, suction dredge mining in sensitive salmon rivers is a serious problem. California recently showed bold leadership and banned suction dredge mining across the state. The result of this action is that the mining that was taking place in northern California is now heading to the Kalmiopsis.

Worse, industrial nickel mining currently threatens the pristine waters and streams. A foreign owned mining company is attempting to test drill in the pristine waters of places like Rough and Ready Creek and Baldface Creek. One only needs to travel a few hours northeast to the now designated superfund site of Formosa Mine outside Riddle, Oregon to understand the threats of these operations. Now defunct, EPA scientists have estimated the cleanup costs at the once operating Formosa Mine at $20 million, and on the backs of tax payers. 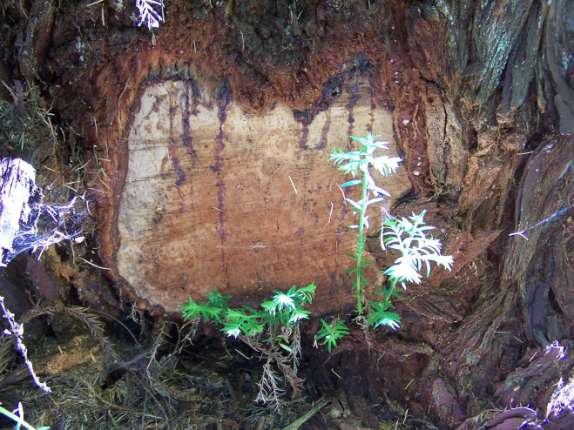 Increased Wilderness and Wild and Scenic River designations would better protect the Kalmiopsis region. Wilderness designation is the gold standard when it comes to protecting America's public lands. In the interim, we're urging the Forest Service to reduce the risk of redwood burl poaching by stepping up law enforcement and closing down old unused roads allowing access for illicit activities. We are also working to prevent destructive OHV proposals in the region.

More info:
Plant list for the Rough & Ready Creek Watershed. It's longer than anywhere else in Oregon and impressive with plants found nowhere else!