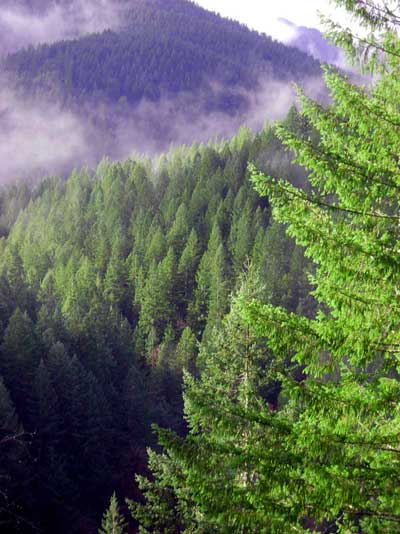 The coastal forest wonders of the Copper Salmon

Tucked away in the northwest corner of the Siskiyou National Forest, 11 miles east of Port Orford on the Elk River, lies a 13,700-acre treasure trove. Adjacent to the east boundary of Grassy Knob Wilderness, this natural wonder known as Copper Salmon includes the North and South Forks of Elk River and the upper Middle Fork of Sixes River.

The Copper Salmon area contains one of the nation's largest remaining stands of low-elevation old-growth forest and in the north Fork of the Elk, one of the healthiest salmon, steelhead, and cutthroat trout runs in the continental United States. Its forests feature Douglas fir trees as large as 10 feet in diameter and up to 300 feet in height, and large disease-free stands of Port-Orford cedar, North America’s most endangered forest tree. Copper Salmon is also blessed with an abundance of wildlife--from endangered marbled murrelets and northern spotted owls to Roosevelt elk, mountain lions and black bears. 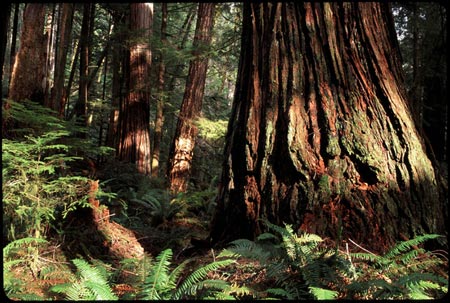 Despite all this, the headwaters of the Elk's North Fork do not now enjoy any degree of permanent protection. While the area does have some administrative protections, loopholes and congressional riders already allowed clear-cutting of 200 acres of healthy old-growth forest in the North Fork drainage. Future threats could come at any time despite broad support for the area’s protection.

The Copper Salmon Wilderness proposal also includes protecting 9.2 miles of the North and South Forks of Elk River as Wild and Scenic Rivers.

That's why a broad coalition, including sportsmen, fishermen, businesses, outdoors people and local and state government officials rallied together to protect Copper Salmon by giving it Wilderness designation.

Photos by Mike Beagle.
View All