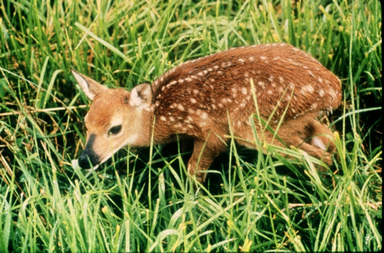 The Columbian white-tailed deer was once abundant throughout the Willamette, Columbia and Umpqua River valleys and north to Puget Sound in Washington. Historic records indicate that the subspecies once numbered in the tens of thousands, but by the time of their listing in 1968, their population had dropped to under 1,000. This was largely due to agricultural and logging activities, as well as development for homes and commercial areas that disrupted the riparian ecosystems these deer depend upon. Adding to their decline, there were no restrictions on the hunting of this subspecies until they were listed as endangered. The Douglas County population was recently delisted, as its numbers have rebounded to nearly 6,000, though the subspecies as a whole is still considered endangered. In order to maintain this upward trend in population growth and ensure a meaningful recovery of this animal it is extremely important to protect sensitive river ecosystems, and to make sure there is enough suitable habitat to support current and future populations of Columbian white-tailed deer.