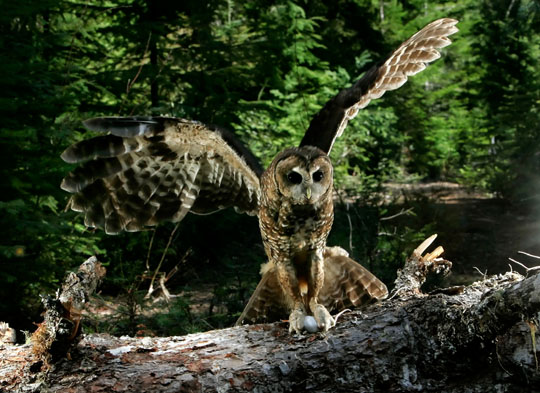 Decades of unsustainable clear-cutting in our National Forests drove the spotted owl, marbled murrelet, and Pacific salmon to the brink of extinction, and destabilized local communities with booms and busts. The Northwest Forest Plan was adopted to address dual concerns for the economy and threatened wildlife dependent upon old-growth forests. A team of 600 specialists drafted the Northwest Forest Plan (NWFP), which was officially adopted in 1994. U.S. Forest Service and Bureau of Land Management (BLM) lands within the range of the northern spotted owl (mostly west of the Cascades, including Washington, Oregon, and Northern California) are currently governed by the NWFP’s rules.

The Northwest Forest Plan is an admission that past logging was unsustainable and that we now have little choice but to protect what little old forest remains while restoring much of what has been destroyed.

The Northwest Forest Plan outlines management policies for several land designations that it specified. (Click here for a PDF map (3MB) of the Plan's allocations in Oregon):

Late Successional Reserves (LSR):  The NWFP set aside 30%, or 7.4 million acres, of federal land as LSR.  The intent is to protect current old-growth forests and wildlife habitat, as well as develop future old-growth habitat. Unfortunately, clear-cutting and logging roads had already invaded virtually all corners of the national forests so these protected reserves include too little old-growth and too many old clear-cuts that need to regrow into old forest. Within LSRs, forests older than 80 years are protected from logging unless it will benefit creation of old-growth forest conditions. Younger stands within LSR boundaries can be thinned as long as it is deemed neutral or beneficial to the creation of old-growth forest conditions.  Unfortunately, the federal agencies’ focus on timber production means that the restoration of LSR forests is not being done to its full potential. The NWFP requires that 80% of LSRs be restored to late-successional condition, but currently only about 40% of LSR areas exhibit late-successional qualities. 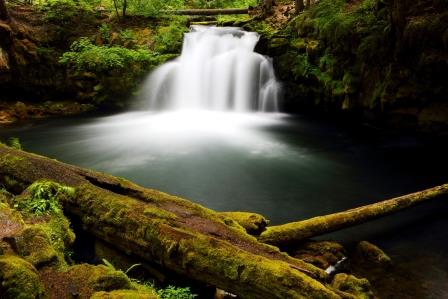 Riparian Reserves (RR): The NWFP designated 10% of federal forest land, or 2.6 million acres, for the protection of sensitive land next to lakes, streams, marshes, and wetlands. RRs are designed to ensure clean water for wildlife and people and provide essential habitat for fish spawning. Unfortunately past logging and road systems have left our streamside forests in tatters, so there is a terrific need for restoration here as well. Reserve sizes, determined by the type of water they protect, have proven insufficient in many cases and have been decreased against the recommendations of scientific studies. Logging is frequently permitted in these highly sensitive areas under the guise of improving the riparian forest.

Matrix: Over 4 million acres are designated as “matrix”, land that is managed for multiple uses including timber harvest, under the NWFP. One million acres of the matrix is still old-growth forest that was left unprotected and vulnerable to more logging. These areas were assumed to be managed on a 60-100 year logging “rotation.” In an ecosystem where natural catastrophic events such as fires only occur every 200-500 years, this is an extremely short time period. Cutting forests this frequently depletes soil of nutrients, homogenizes forest structure, harms fish and wildlife, and establishes fire-prone tree plantations.

Age offers no protection in Matrix; 400-year-old trees are fair game for logging. Western Oregon retains only 10% of its original old-growth, yet over 30% of these remaining ancient stands are in Matrix or AMAs where they can be cut. Northern spotted owls require this old growth to nest, roost, and forage. The NWFP claims to promote more old-growth in LSRs in the long-term, yet allows heavy old growth logging in Matrix.

Adaptive Management Areas (AMA):  AMAs are designed as experimental areas to explore alternative management ideas and strategies. These 1.5 million acres fall on LSR, RR, and Matrix lands and are set aside to find new ways to meet the region’s social, economic and ecological needs. Despite good intentions behind AMAs, they often lead to relaxed logging management. Because they are exempt from many NWFP rules, agencies and timber companies have been known to aggressively log these areas.

The Northwest Forest Plan was a compromise that did not go far enough to protect the region's remaining old-growth forests, sensitive wildlife species, or, arguably, a sustainable economy. The Plan allows logging and road building in ecologically critical areas, across all land use allocations. The Northwest Forest Plan did not fully protect mature and old-growth forests, roadless areas, municipal watersheds, and complex young forests that are recovering from fire. The Plan is also too dependent on under-funded, but necessary, restoration and monitoring efforts. And the Plan expects an unattainable amount of timber production from public land.

The Northwest Forest Plan left the agencies with enough discretion that the Bush administration was able to change the rules and increase logging of valuable forests.

For a more complete fact sheet and critique of the Plan, see Oregon Wild's 1999 policy statement.

Threats to the Northwest Forest Plan 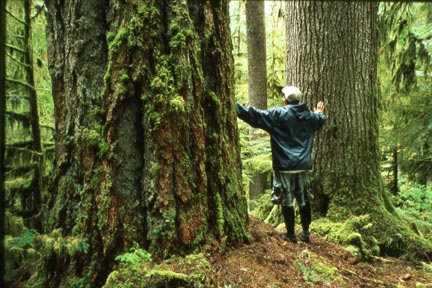 Flawed as it might be, Oregon Wild has been striving since the Plan was adopted to improve the parts of the plan that are inadequate while defending the parts of the plan that are good. Since the late 1990s, attacks on the environmental safeguards for fish, wildlife, and ancient forests set up under the Plan have been many. We have succeeded in part to convince some forest managers to stop logging old-growth and focus more on restoration such as thinning young managed stands that were planted too densely after past clearcutting.

The most significant attempts to weaken the Northwest Forest Plan include the decision to eliminate the Survey & Manage Program and eliminate key aspects of the Aquatic Conservation Strategy (see above).

Other related threats to wildlife and old-growth forests include timber industry and agency challenges to Endangered Species protections for native salmon, the northern spotted owl, and the Marbled Murrelet. Loss of protections for these species would both undermine the best available science about their population and habitat needs, and potentially lead to the removal of old-growth forest protections.